Showing posts from September, 2014
Show All

The Heart of a Son

September 10, 2014
Father I thank you that you are my Loving Father I thank you that you have given me, by grace, the spirit of a son. You are helping me leave and forsake the heart of an orphan. Thank you that  I see you as a loving Father: That I am interdependent and I acknowledge my needs. That I live by the law of love. That I have rest and peace. That I am TOTALLY accepted in Your love and justified by YOUR grace. That my service to you is motivated by a deep gratitude for being unconditionally loved and accepted by You. That I can take pleasure and delight in discipline. That I want to be holy... I do NOT want to do anything that would hinder my relationship with you. That I have a positive self image.  I know I am valuable to You. That I have a place of quietness and solitude--that I find rest in Your presence. That I can rejoice at the blessings and successes in the lives of others. That your love is filling me so I can restore others and help others in a spirit of love and gent
Post a comment
Read more

September 06, 2014
Today I was reading/ thinking as Richard Foster was teaching me… about rain.  When it is raining the first response is I have to stay dry.  Get an umbrella.  Go inside.  Protect yourself. I do however, recall a time when we were children and it was raining very strongly.  As a matter of fact—not unlike what happened last night here in St Thomas.  Rather than protect ourselves, Mom allowed us to put on our swim trunks and head outside.  I recall having the time of my life.  Of particular fun, was the ditch in front of our house.  It had rained so profusely the ditch was flowing like a river.  As luck would have it—we had on our swim trunks and the ditch was welcoming us to jump in and play. How often is the Spirit wanting to rain down on us… and we run inside? We try to protect ourselves. We put on our religion: our suits and ties our skinny jeans and t-shirts our reputation our pride our prejudices  our history our preferences… so that we can protect ourselves from the rain of the Spir
Post a comment
Read more 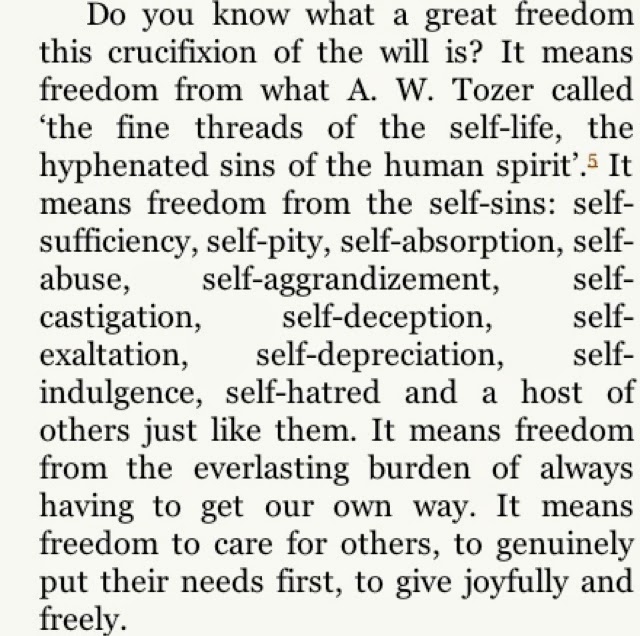 What are we working to protect?

September 05, 2014
Are we then serving a system rather than a)  God b)  neighbour ________________________ “Now it happened that He went through the grainfields on the Sabbath; and as they went His disciples began to pluck the heads of grain. And the Pharisees said to Him, “Look, why do they do what is not lawful on the Sabbath?” But He said to them, “Have you never read what David did when he was in need and hungry, he and those with him: “how he went into the house of God in the days of Abiathar the high priest, and ate the showbread, which is not lawful to eat, except for the priests, and also gave some to those who were with him?” And He said to them, “The Sabbath was made for man, and not man for the Sabbath. “Therefore the Son of Man is also Lord of the Sabbath.”” Mark 2:23-28, NKJV. Showbread   NOT NOT NOT, lawful to eat it! Against the LAW! NOT the right way of doing it! NOT the law prescribed way! But David ate as did those who were with him. Are we serving a system of religion? A
Post a comment
Read more
More posts