Showing posts from May, 2020
Show All

On prayer books and reading prayers 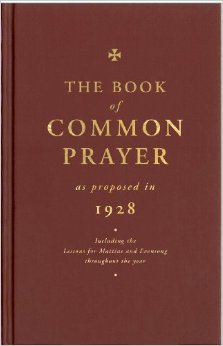 I was raised in a conservative holiness tradition.  No one read prayers!  Somehow reading prayers, to me was a sign.  Now, how I processed this, or I came to the understanding of this—I haven’t a clue.  If you read prayers that meant you really didn’t know God—you were pretending.  If you knew God in a personal manner you would never read something someone else had written.  That was tantamount to taking your special someone on a date to a fancy restaurant and reading out of a book all evening long rather than sharing your heart. At least—that’s what I thought, or I was told—or I concluded. John Brownhill broke the rules for me.  John was the rector of the Anglican Church in South Porcupine and became a personal friend of mine.  I can’t quite recall how we initially met, but I recall his story.  He was sick—very sick—I believe with cancer and found his way into a Pentecostal church where he was healed.  Afterwards he was called into the ministry and became an Anglica
Post a comment
Read more
More posts