Showing posts from September, 2018
Show All

September 26, 2018
On Secular Religion Before you read the following, I need to state my case clearly up front.  This is to avoid any misunderstanding in reading this blog: Thesis:  Canada is no longer a ‘Christian’ country.  Canadian culture worships at the throne of secular religion.  Canada as a ‘Christian’ country is dead, gone—and without revival will never rise again.  So I am writing this blog with that clear understanding.  I am not bemoaning the fact that  Canada is no longer a ‘Christian’ country, and am not playing that card.  I want to move on in the culture in which I am planted as salt and light.  I am going to make an attempt to delve into a vast subject with my limited ability.  An article by Mary Ann Waldron is to blame.  (See: https://www.cardus.ca/comment/article/sacred-and-secular-belief-can-we-have-peace/?_cldee=bmFuY3kud2Fyd2lja0BvdXRsb29rLmNvbQ%3d%3d&recipientid=contact-51a2a36dc0c8e71180ec3863bb35dde0-2725698e37084fabaeca472c3193f283&esid=781062b6-6bb7-e811-
Post a comment
Read more

Please sir... I want some more 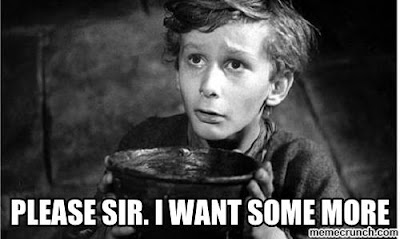 I was reminded the other evening—as my family was gathered home for a meal—of a time in my childhood when we were ‘poor.’  My dad was a union man who worked for Generous Motors (as General Motors became known by my Dad, after his retirement).  I cannot recall how long he was on strike, nor how long it lasted. I do recall that money was scarce as the mortgage had to be paid. This resulted in eating what was called in our home ‘spud and onions.’  This was a British way of announcing the supper menu: Mashed potatoes, with a touch of onion—-and bread. This menu fit the strike budget. It also found a great degree of repetition, in that we ate this night after night.  Occasionally your pallet called out—‘is that all there is?’  I really want more... of something!!! I have recently been reminded of the spiritual truth in this statement—‘is that all there is?’ 1.  The early pentecostals (early 1900’s) had a central theme—the soon return of Jesus. This had tremendou
Post a comment
Read more
More posts