Have we turned into a bunch of wusses? 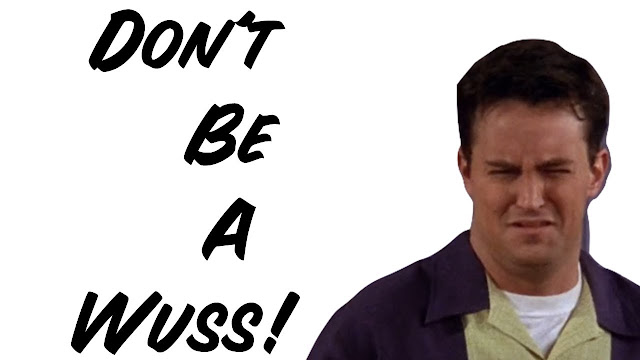 Have we turned into a bunch of wusses?   Character Testing: You can moan and groan at your circumstances or you can grow and develop.   Genesis 39 (NLT)  22 Before long, the warden put Joseph in charge of all the other prisoners and over everything that happened in the prison.            Joseph received a vision of his future when he was only 17 years old.  He would be a ruler and his brothers would bow before him.  He made the mistake of telling his brothers about this and ended up being sold into slavery.  But because of his character the Lord was with him during these years. These years were years of development and refinement preparing Joseph for his calling.  Joseph was 17 when he received his calling (Gen 37:2FF).  This was fulfilled when Joseph was 39 years old when his brothers bowed before him. (Gen 40:46 he became ruler, 7 years of plenty, and 2 years of famine) It took 22 years to fulfill this vision.   We don’t know how long Joseph was in Potiphar’s house serving prior to
Post a Comment
Read more 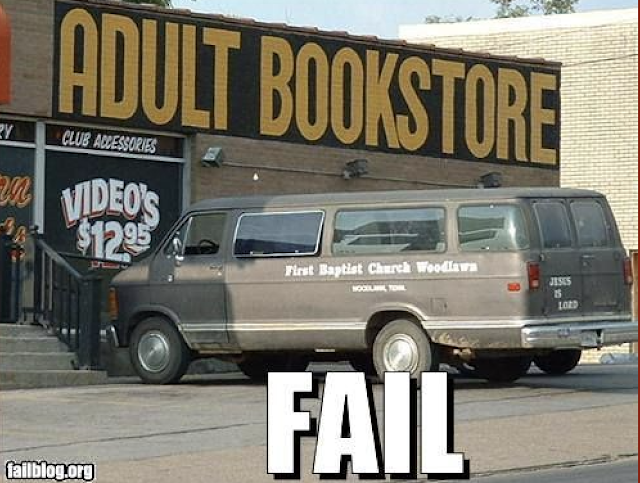 Dumb Mistakes   Why do Christians, pastors, leaders, ushers, —everyday Christians— make real dumb mistakes.  Now I am talking about real dumb moral mistakes—lying, cheating, immorality, thievery—-like why? Christine Pohl warns us as follows: “By compartmentalizing aspects of our actions or thoughts, we are able to ignore major inconsistencies and wrongdoing.” Ever heard yourself asking this question: ‘What was he thinking when he did that?’   You think of moral failure or just plain —dumb decisions—and you ask that question!   How does that happen?  What were they ‘thinking?’  Well, Pohl suggest “he wasn’t thinking he had stopped thinking and reflecting.  Instead, the person deliberately excluded a part of his or her life from spiritual and moral scrutiny.”   So now a word of help!  Do the daily examen!  (See.  https://pwcusick.blogspot.com/2020/04/the-examen.html )   If there ever was a culture, a time, a season when Christians need to act like Christians —it is now!   The ancie
Post a Comment
Read more 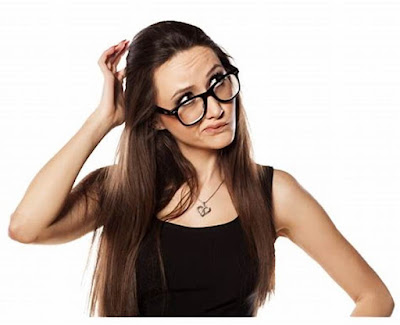 How to make sense of life. How to make sense of eternity Revelation 11:15-18 (NLT) 15 Then the seventh angel blew his trumpet, and there were loud voices shouting in heaven: “The world has now become the Kingdom of our Lord and of his Christ, and he will reign forever and ever.” 16 The twenty-four elders sitting on their thrones before God fell with their faces to the ground and worshiped him. 17 And they said, “We give thanks to you, Lord God, the Almighty, the one who is and who always was, for now you have assumed your great power and have begun to reign. 18 The nations were filled with wrath, but now the time of your wrath has come. It is time to judge the dead and reward your servants the prophets, as well as your holy people, and all who fear your name, from the least to the greatest. It is time to destroy all who have caused destruction on the earth.” One of two things are coming for you: 1.  Judgment Everyone Rebels The unbeliever The fake The hate
Post a Comment
Read more

Am I a pretender? A Fake? 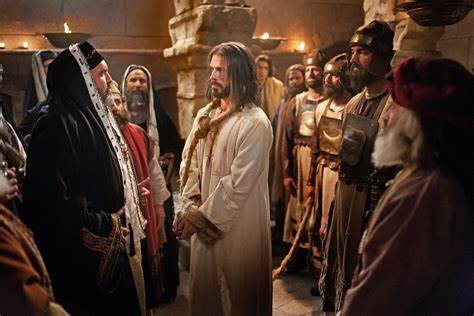 One true High Priest One False Hight Priest   John 18:19-24 (NLT) The High Priest Questions Jesus 19 Inside, the high priest began asking Jesus about his followers and what he had been teaching them. 20 Jesus replied, “Everyone knows what I teach. I have preached regularly in the synagogues and the Temple, where the people gather. I have not spoken in secret. 21 Why are you asking me this question? Ask those who heard me. They know what I said.” 22 Then one of the Temple guards standing nearby slapped Jesus across the face. “Is that the way to answer the high priest?” he demanded. 23 Jesus replied, “If I said anything wrong, you must prove it. But if I’m speaking the truth, why are you beating me?” 24 Then Annas bound Jesus and sent him to Caiaphas, the high priest. One true High Priest One False Hight Priest 1.    There is always a parallel system somewhere around.  This system is anti-Christ.  1 John 2:17-18 (WNT)   Dear children, the last hour has come; and as you once heard that th
Post a Comment
Read more

But I don’t want to die! 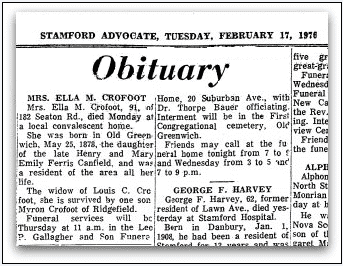 I'm not quite old enough for this, nor for that matter do we get a daily paper.  However, as I have been told.  The older you get the more likely you are to check out the obituaries to see who died (and to check if your name is there!).  You could say the older you get the cognizant you are of death. John 12:24 (NLT) 24 I tell you the truth, unless a kernel of wheat is planted in the soil and dies, it remains alone. But its death will produce many new kernels—a plentiful harvest of new lives .   All spiritual life grows out of death.  Where there is no death there is no life.   We are all naturally fearful of death, but Jesus, the master of death faced it boldly.     “Luke 9:51 (NLT) 51 As the time drew near for him to ascend to heaven, Jesus resolutely set out for Jerusalem.”       All advancement on your spiritual journey will grow from something dying. Your will. Your desires. Your wants. Perhaps a relationship? Perhaps a thing?  Love of money?   A spiritual concern you will ne
Post a Comment
Read more 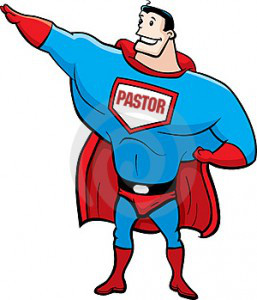 Heroes or Celebrities     Is it possible we have dropped the concept of heroes and now have celebrities in the church?   Joseph Hellerman in his book  When the Church Was a Family,  draws the following distinction.   Heroes: These are people of the faith that lead the charge.  They are people we want to emulate.  We want to follow them—but more—we want to be like them.  Think of kids who play hockey.  If they are playing ball hockey, they wear their heroes’ sweater because the kid  wants to be  Austin Matthews the second.    Celebrities: These are people we are not capable of being—we “try to live our live through them” according to Hellerman.  “We do not emulate the character qualities of celebrities.  We cannot hope to be like them” (Hellerman, 2009, p 192).  Maybe we even -- kind of -- worship them?  We even buy all their books, listen to all their podcasts, and send them all our money!   Okay ready?  Is there a tendency in our church culture to see a person and say: ‘Wow I could
Post a Comment
Read more

Should I go to church on Sunday? 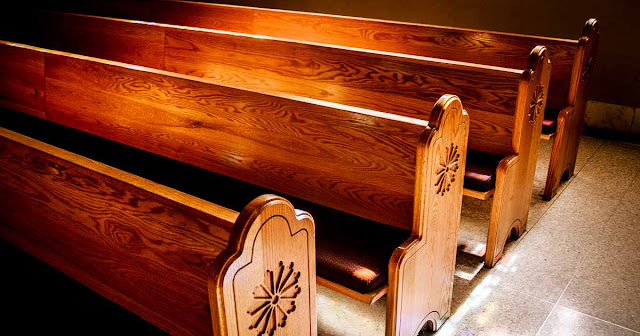 Dr Tom Sweeney, teaching a course I am taking, at one time did some missions work in Brazil.  In Brazil, Tom was familiar with one church with a membership of some 1500 persons.   This church taught the necessity of three important weekly connections.  These are as follows:   1.  Sunday public worship. 2.  Small group. 3.  One on one mentoring, with your spiritual mother/father.   Now, if a person finds themselves in a busy week, or busy season it was taught that one needed to prioritize this list as follows:   1.        If you can participate in only one of these it is best to see your mentor—the one-on-one relationship—the student with the teacher—your spiritual father/mother. 2.        Second, make sure you attend your small group. 3.        Then last attend public worship.   It is my experience that this order is usually reversed in our culture.  It is reversed, mostly because in our culture most believers don’t have a spiritual father/ mother —mentor.  Nor for that matter do m
Post a Comment
Read more
More posts